This project was a born from a major obsession with Eric Carle. LOVE his work. I’ve been trying to think of a fun way to display the boys’ names in the playroom, and our Very Hungry Caterpillar magnets (I told you I was obsessed) showed me the way.

For this (and many other) projects, I used my set of traceable alphabet letters. If you’re interested, they’re sold in a lot of office supply and teaching stores, and online. You can also wing it, or hand-write the letters. Up to you! (Tip: Make sure the circle you trace is big enough to hold the biggest letter in your kiddo’s name! I used a lamp base. No joke.)

You can use any colors you want for these guys. Make it your own! We went straight Very Hungry caterpillar. I have a ridiculous amount of paper, so we had lots of greens to choose from. You could also do torn paper, or include some scissor practice and have the kiddos cut out some of the circles or face pieces. I really wanted J to work on the letter recognition and spelling skills, so I did the cutting this time.

After gluing the letters on the body circles, I gave J the face pieces to assemble and attach. 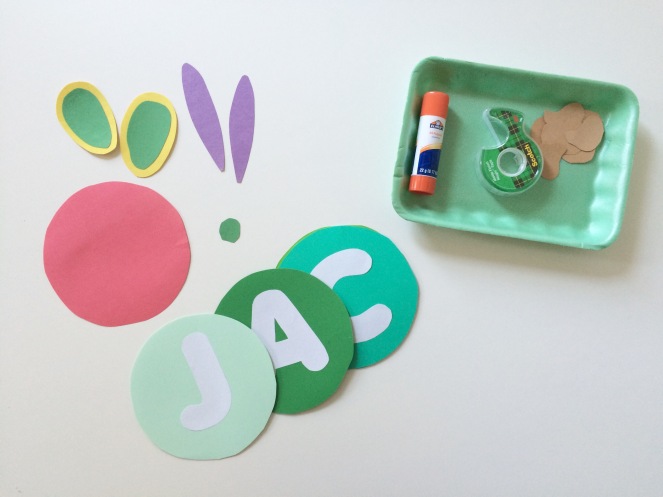 Then he did a little letter scramble and spelled out his name. We counted the number of letters and compared it to his brother’s caterpillar. We counted the caterpillar’s “tootsies” and counted by 2s. Lots of opportunities for extending the learning on this one! 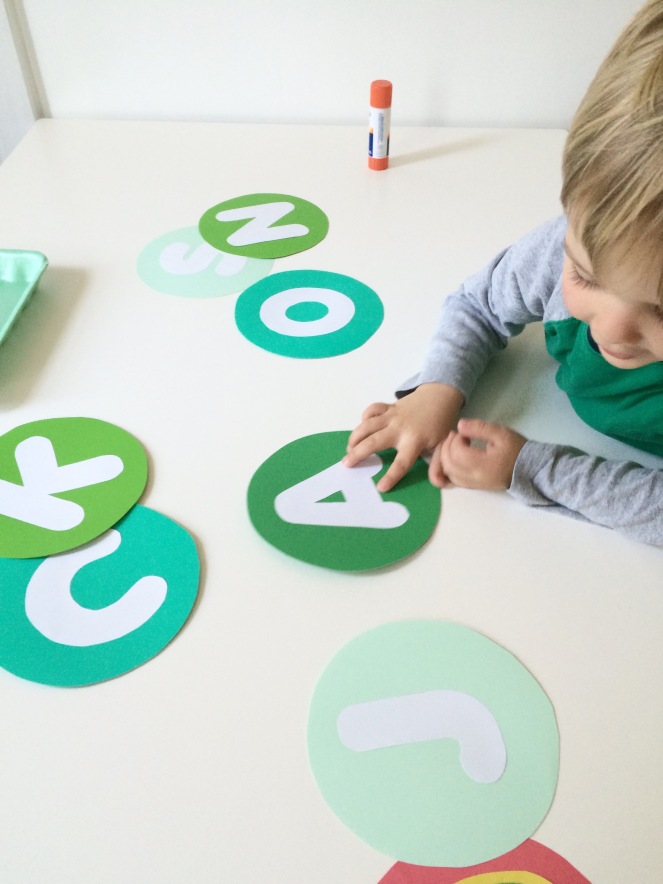 Once the name was set, we taped the letters together. J helped with the tape. Not as cool as glue, but he made do.

Now these guys are a part of our playroom. Jackson said good morning to them yesterday. Love.